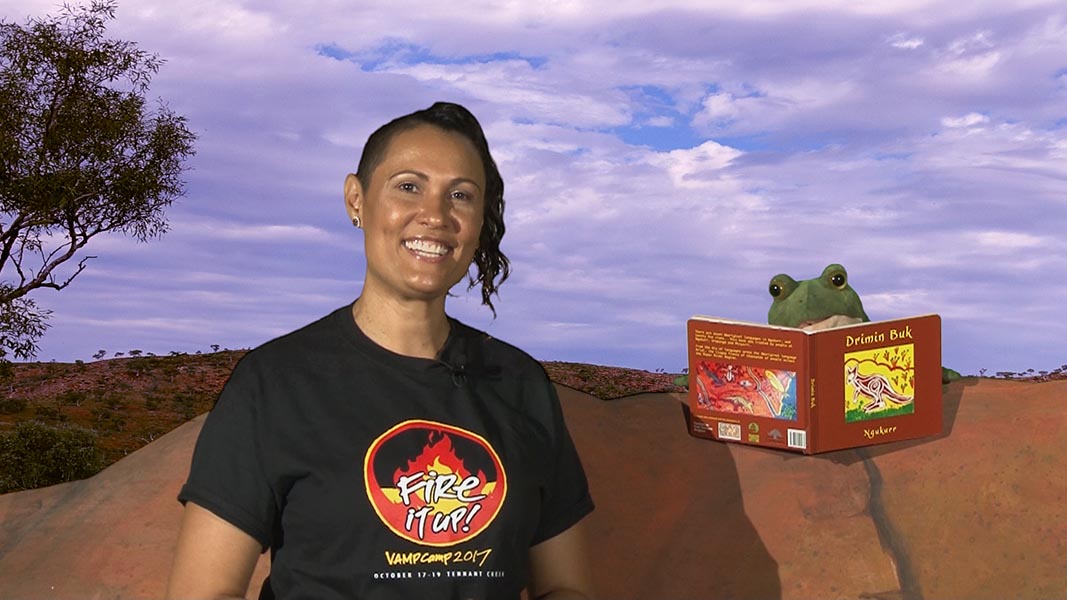 Courtney introduces Episode 2 with help from Shirley the Frog!!

The songs from this episode include Clap Your Hands, Baru/Crocodile, in Yolngu matha and English, a kinship song from Yirrkala FaFT, Emily Wurramurra singing the ABC song and Read a Book featuring the parents and children from Gapuwiyak FaFT.

There is also a day-in-the-life of a toddler at Yuendumu FaFT.

Rising Star is an early childhood video series produced by the NT Music School, NT Department of Education, in partnership with the Families as First Teachers (FaFT) program.